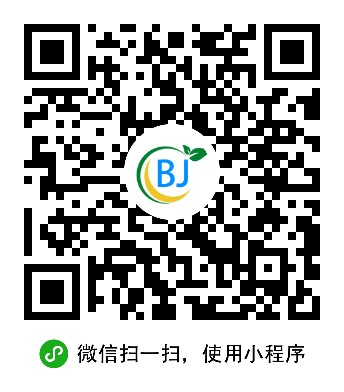 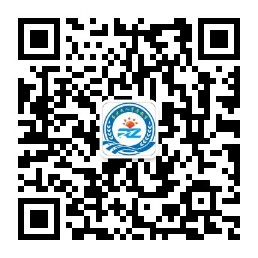 6. Regular exercise can you against heart disease.

7. Over a hundred people expressed their worries, but were willing to help.

8. You can’t do anything else until you your homework.

A. finished B. will finish

C. have finished D. had finished

9. First draw a line the middle of the page. Then write a word in the space above the line.

10, The managerhad Ms. Brunell the new assistant around yesterday.

11. Send for a doctor quickly. The man

12. I enjoy listeningto Miss:: White; my English teacher, ，I can only understand about half ofwhat she says,

14. After working for two hours, I found impossible’to complete the paper in time.

15. It was very kind of you to clean the office, though you

A. needn’t do B. wouldn’t have

C. didn’t have to D. mustn’t have done

16. The faster anything goes up into the sky,

17. Joe took his friends there by a shortcut, reduced the drive from 50 minutes to 15.

18. there like that, you remind me of your father.

A. To sit B. Being sitting C. Sitting D. Sit

19. He told me that the number of students to be admitted at that time.

A. had not been decided on B. were not decided on

20. Jack told his daughter that she could have she wanted for Christmas.

A. which B. whatever C. that D. whenever

It was the late spring of 1979, a hot Saturday afternoon. Hundreds of us sat 21 , side by, side, in rows of wooden chairs on the maincampus lawn (校园草坪). We 22′ blue robes (毕业生长袍). We listened carefully to long 23 . When the ceremony (典礼)was 24_,we threw! our caps in the air, and we were officially graduated from college.

After that, I found Morrie Schwartz, my 25 professor, and introduced him to

my 26 .. He was a small man who took small steps, as ifa 27 wind could; at any time, 28 him up:into the cloudS! His teeth were in good shape: When he smiled it was as if you had just 29 him the funniest joke on earth.

After working long hours On her feet everyday in the operating ,room, Taryn Rose’ knew a lot about foot pain. But unlike most of her colleagues(同事),she turned her pain into money: Today she is the boss of Taryn Rose International, a $528 million company that makes nice and comfortable shoes.

At the beginning, Rose realized the only thing that could stop her was fear of ,failure. "I couldhear my friends and family saying, ‘Why did you leave a good job?’ If I failed, would I be okay facing them? And: t thought, ‘So what? I can go back for further study in medicine.’ I started to accept that it would be okay to say, ‘I failed, but I tried.’ Once I was comfortable with that th6fight, the fear came to an end. I realized I feared regret more than failure. And after you turn to the path you choose, there is nothing acceptable but Success"

Now, Rose has no regrets about leaving medicine. "What I’m doing is not all that different from: what I Was doing as a doctor. The goal is the same: to relieve (减轻) pain. A former professor told me: ‘You’re helping hundreds of thousands of women with your shoes. As a doctor, you would have helped only the few who went to your office. You’re having a much greater effect.’

Looking back, Rose admits she caught a couple of lucky breaks. "To me, luck is about being prepared for those opportunities (机会) that come knocking. You have to have an open mind, the right skilis and all your senses working ‘to see what opportunities present themselves. Luck can open the door, but you still have to walk through it."

36. Before starting:her shoe business, Taryn Rose was a

37. Rose realized later was the most fearful for her to have or face in her job change.

38. What did her former professor think about Rose and her new job?

A. She doesn’t have to meet many people in her office.

B. Her new work is qtiite different from her old job.

C. She can now serve more people than before.

39. Which of thefollowing can best!explain the last sentence in the passage?

A. You have to do what you can afterluck brings you opportunities.

B. You should open the door when opportunities come to you.

C: YOu haveto be prepared for walking through the door.

D. You should open your eyes to see opportunities clearly.

Last fall was a first-of-its-kind season. I did not arrange (安排) any after-school classes formy children. No swimming.’No music lessons. No play dates. Nothing.

Once they finished their homework, they were free to do what they pleased, but only onehour of TV. In the beginning, my sons, Ben, 11, and Nick, 9, were anxious about this sudden,unplanned freedom. I had to, push them out of the door with a ball, a bike, and so on. "Play? Iordered.

I learned that this new plan takes time, patience and a lot of faith in the theory that havingexcellent grades isn’t really important.

When my older kids, now in college and high school, were young, I brought in the rules ofmodern parenting. They are unspoken, but followed carefully. First, you must let your childhave a variety of activities. After all, you never know where you’ll find a genius (天才). Second, if the child shows the slightest talent (才能), the activity must be pushed with lessons, special coaching (辅导) and practice of several days a week. Every minute should be taken and every minute has a purpose. That was really too much for my children.

Now with the new plan, we told stories, We listened to music. And’ the. kids played with bikes, balls, and whatever was handy. Nobody kept score. In fact, the boys played outside so much that the lawn was worn down to the soil in places. They’ve made friends with those who come from all over the neighbourhood to play games.

We like those peaceful evenings. Ben and Nick have a good time this fall, MaYbe that’s because the time offhas allowed us to enjoy each other’s company;

40.What was new for the family last fall?

A. The children began to learn music when school was over.

B. The writer arranged no’ extra lessons for the children.

C.The writer found no time to play with the sons.

D. The children had nothing toclo alter schooli

41. At the beginning of that season the children

A. hatedto spend more time on their homework

B. felt excited about making their own decisions

C. were pleased to have more freedom

D; were worried about thechange

42. According to ‘,modern parenting" discussed in Paragraph 4, parents should

A. make use of every minute to be with the children

B, provide coaching and practice for each, activity .

D. know the rules but never talk about them

43. Fromthe passage we learn that

B. parents should teach theirchildren how to make a plan

C. children should have time to enjoy themselves after school

D. parents can enjoy their evenings when children play with others

A woman:heads into apopular New York City coffee shop on a cold: winter rooming. Just ahead of her, a man drops a few papers. The woman pauses to help gather them. A clerk ata busy store thanks a customer who has just bought something. "Enjoy" the young woman says, smiling widely. "Have a nice day." She sounds like she really means it. These arethe common situations we may see every: day.

However, in her best-selling book Talk to the Hand, Lynne Truss argues that common good manners such as saying "Excuse me" almost no longer exist. There are certainly plenty who would agree with her. According to one recent study, 70 percent of the U.S. adults (成A.)said people are ruder now than they were 20 years ago.

Is it really true? We decided to find out if good manners are really hard to see. In this politeness study, reporters were sent to many cities in the world. They performed three experiments: "door tests" (would anyone hold the door open for them?); "paper drops" (who would help them gather a pile of "accidentally" dropped papers?); and "service tests" (which salesclerks would thank them for a purchase [购物]?)

In New York, 60 tests (20 of each type)were done. Along the way, the reporters met all types of people: men and women of different races, ages, professions (职业), and income levels. And guess what? In the end, four out of every five :people they met passed their: politeness test making New York the most polite city in the study.

44, What does Lynne Truss argue in Talk to the Hand?.

A. People are not as polite as they used to.

B. "Excuse me" is not welcome nowadays.

45. What is TRUE about the politeness study discussed in the passage?

A. The study was reported in many cities of the world.

B. New York was the most suitable city for the experiment.

C. Sixty tests were designed to see if people are polite to each other.

A. More people passed the tests in New York than in any other cities.

B. Different kinds of people acted differently in the New York tests.

C. Four out of five people passed the politeness test in the study.

D. Manypeople in the experiment passed the tests by guessing.

This is not a diet (减肥食谱) or a hard ~exercise program. Nobody can stick to those for long. Instead, it’s a simple way to make weight loss a natural part of the life you already live. And guess what? It’s fun! You don’t have to give up the foods you love or do regular exercises. It’s about balancing calories(平衡卡路里) in tiny ways that add up to big benefits (好处). You just use some tricks the "naturally thin" people do. Pick the ones you like, stick with them, and you’ll lose weight and be strong!

Talk it UP Every time you pick Up the phone, stand up and walk around. Heavy people sit on average two and h half hours more every day than thin people, according to astudy.

Get face time We use e-mailso much that we’ve forgotten what our colleagues look like.

Pick a colleague or two who sit farthest from you: and deliver 10 of those daily messages in person. And go out of your way: go to a bathroom ora copy machine on another floor and take the stairs, of course.

Think about your drink Consider beer or wine instead of a frozen drink: A glass of regular beer has 140 calories and a serving of wine has 126 calories, while a strawberry daiquiri has about 300 and a margarita 340.

Reduce a total of 100 calories each day and you’ll be able to lose about 10 pounds in a year. This is really not difficult to do.

47. What is mainly talked about in the passage?

A. How to do exercises daily.

B. How to lose weight easily.

C. How to work comfortably.

D: How to eat and drink regularly.

48. Which of the following statements is TRUE according to the passage?

B. People deliver messages to their colleagues in person.

C. More people walk around when they talk on the phone.

49, What does the writer mean by “face time” in Paragraph 37

A. Time for getting to know each other. B. Time for sharing ideas face to face.

50. Which of the following probably has the most calories?

A. Strawberry daiquiri. B. Regular beer.

G: Oh, I’m sorry. I’m a stranger here myself. Why don’t you ask the policeman over there?

D: Excuse me, officer. I’m asking about the way to the train station.

P: Go ahead this way 54 You’ll see the bus stop there. 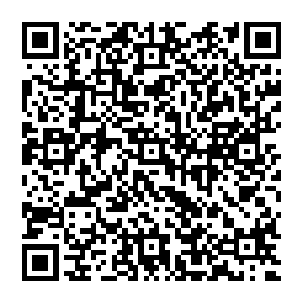 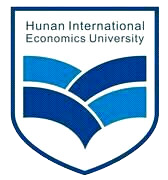 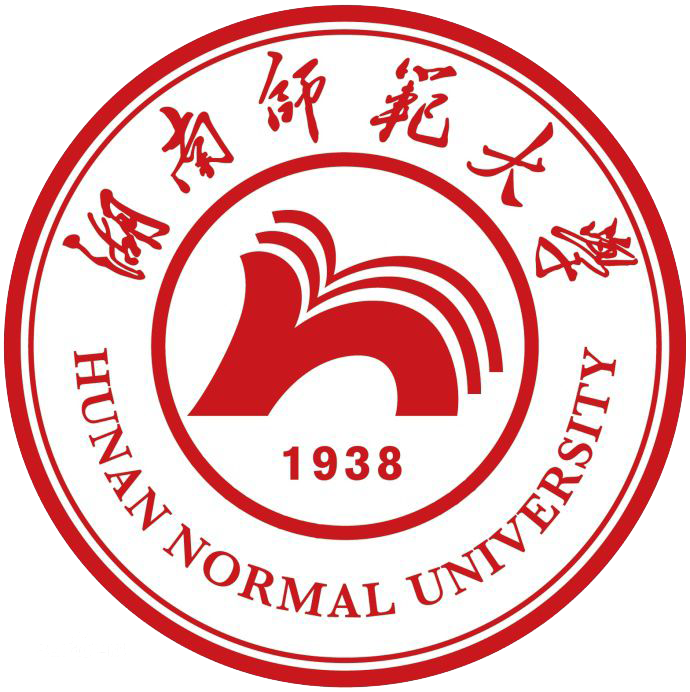 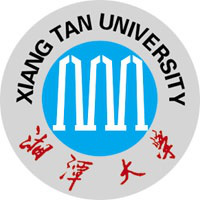 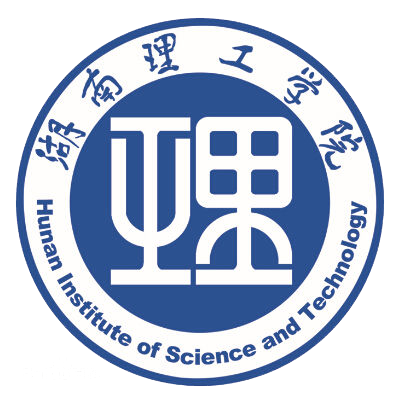 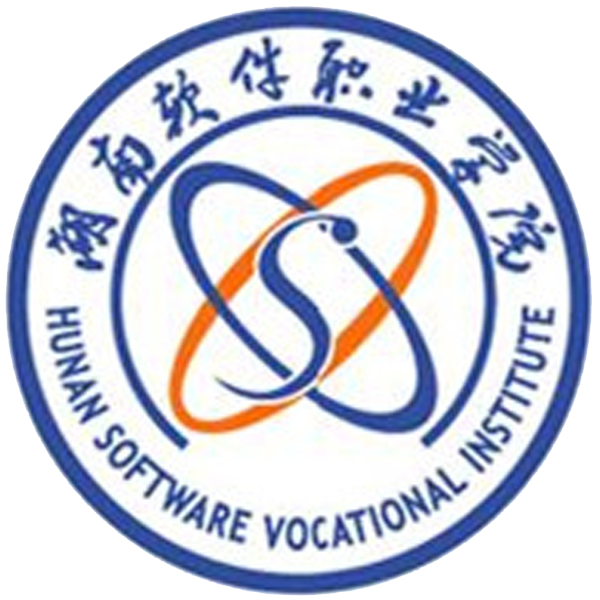 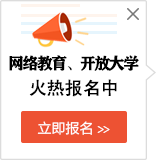 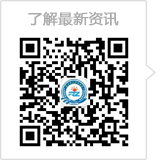